In Vino Veritas  /  Raule and Roger

About Raule and Roger 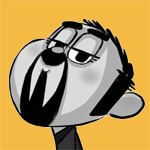 Prolific screenwriter that works almost exclusively for the French market. He’s teamed up with some Spanish cartoonists such as Gabor, Juan Luis Landa, José Mª Martín Saurí. But he’s worked specially with Roger Ibáñez, and together they created Hole ‘n’ Virgin, Amores muertosand Cabos Sueltos. The last work of this duo is Jazz Maynard, a “noir” genre saga based in the Raval in Barcelona. 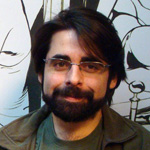